Europe’s Premiere drag racing event, Dragstalgia is just under a month away from the 12th-14th July and the line-up is beginning to take shape. Eagle eyed readers will have spotted the addition of a couple of Scandinavian Nostalgia Funny Cars to the Cannonball class, one of which has been here before, some time ago! After a recent outing at Tierp Arena, Tobba Jansson will be making the trip across the North Sea with his “Nitrocalypse” Corvette funny car in the company of Erik Wallinder and the recreation of the iconic “Tre Kronor” Plymouth Arrow.

The original Tre Kronor car began life as Ed McCulloch’s famous “Revellution” car which became the “American Home Shield” flopper. After to a chance meeting between Knut Soderqvist and Harlan Thompson at the Jersey Speed & Machine shop in Ford’s, NJ, Knut purchased the car. With a stunning new paint job by Bob Gerdes and re-branded as ‘Tre-Kronor’, the car was shipped to Europe with Harlan Thompson as the designated driver.

Harlan made his debut in the car in July 1980 at Santa Pod. Shortly afterwards the team raced at Mantorp Park in Sweden where they not only won the event but set a new track record before returning to the UK for the famed 1980 Santa Pod World Finals. The meeting will be remembered as a classic as no less then 16 nitro floppers battled it out. Including the well known star names from the USA of Gene Snow, Tom Hoover and Don Prudhomme. Despite all the big names and a very strong gathering of European funny cars, the relatively new combination of Sòderquist and Thompson took the honours. And the rest, as they say, is history.

The car at the July 1980 meet. Note the damaged to the front of the car where Harlan hit the blocks racing Allan Herridge.

Johnny Nilsson was the man that commissioned the replica car and duly put Harlan in the hot seat once again in 2009. Since then, the car has made a few outings with various drivers such as Leif Helander, Stig Neergard and Johnnys son, Dennis Nilsson. Now, 10 years on from the replica cars debut, we’re pleased to report that 2019 is the year that we’ve finally managed to organise a return trip to the Pod with the Tre Kronor but this time it’ll be driven by the current owner, Erik Wallinder. We wish Erik all the best at Dragstalgia but we know that the current crop of European Nostalgia Funny Car drivers will be queuing up to show him what the back of their cars look like!. 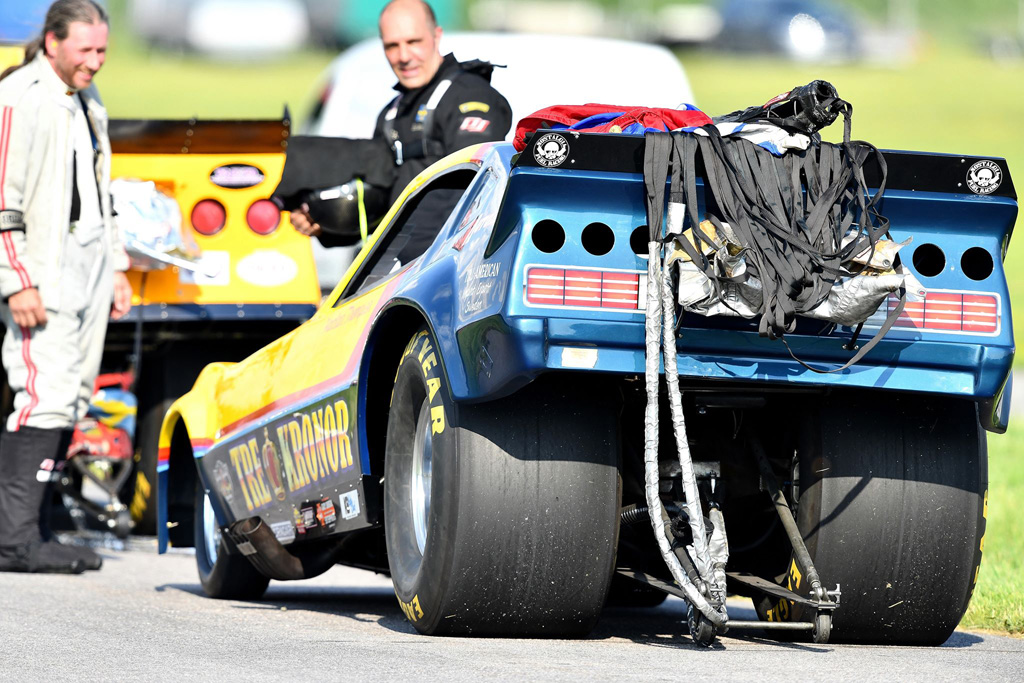 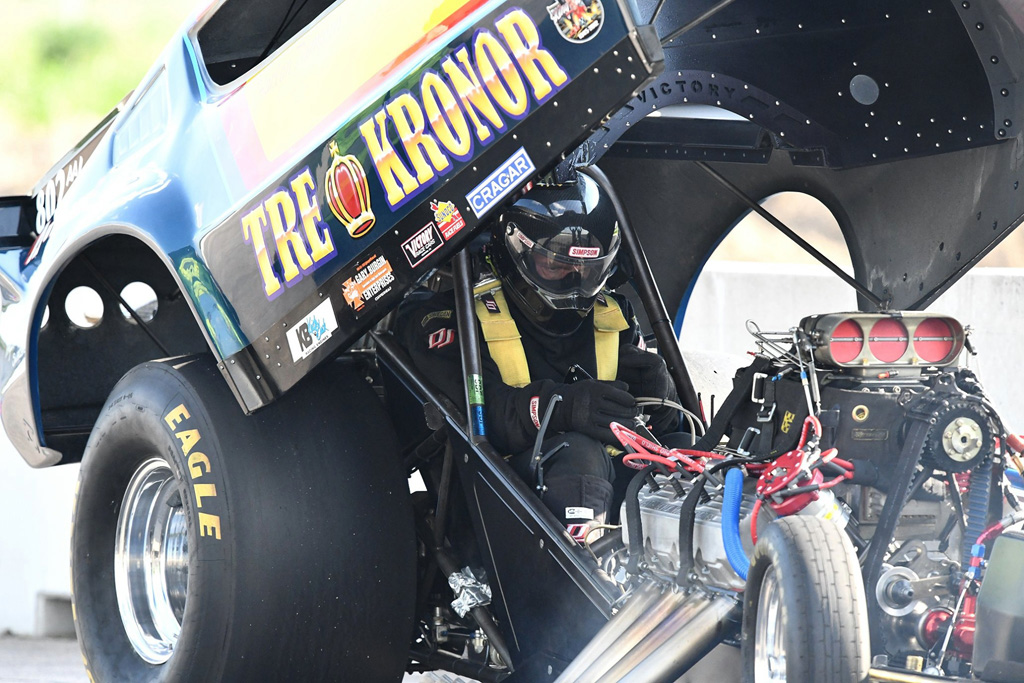 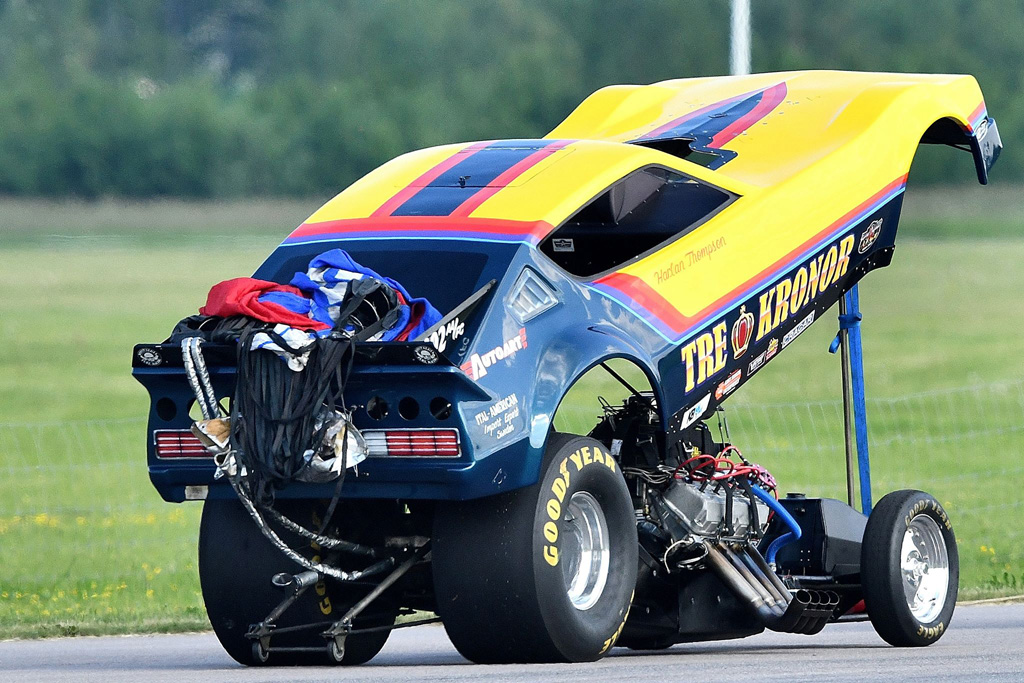 TV feature of the 1990 World Finals at Santa Pod Raceway 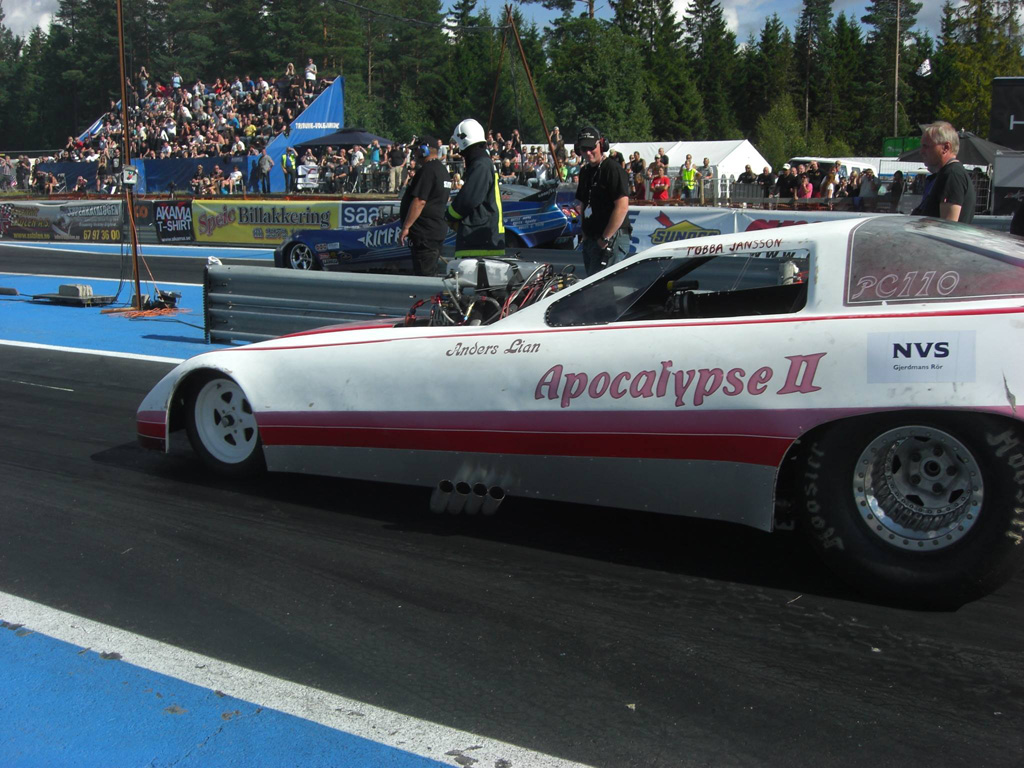 The car now owned and driven by Tobba Jansson ran as Pro Comp car. After crewing with the Rimfrost and Tre kronor Nostalgia
funnycars from 2008 the conversion from Apocalypse to Nitrocalypse happended in 2017 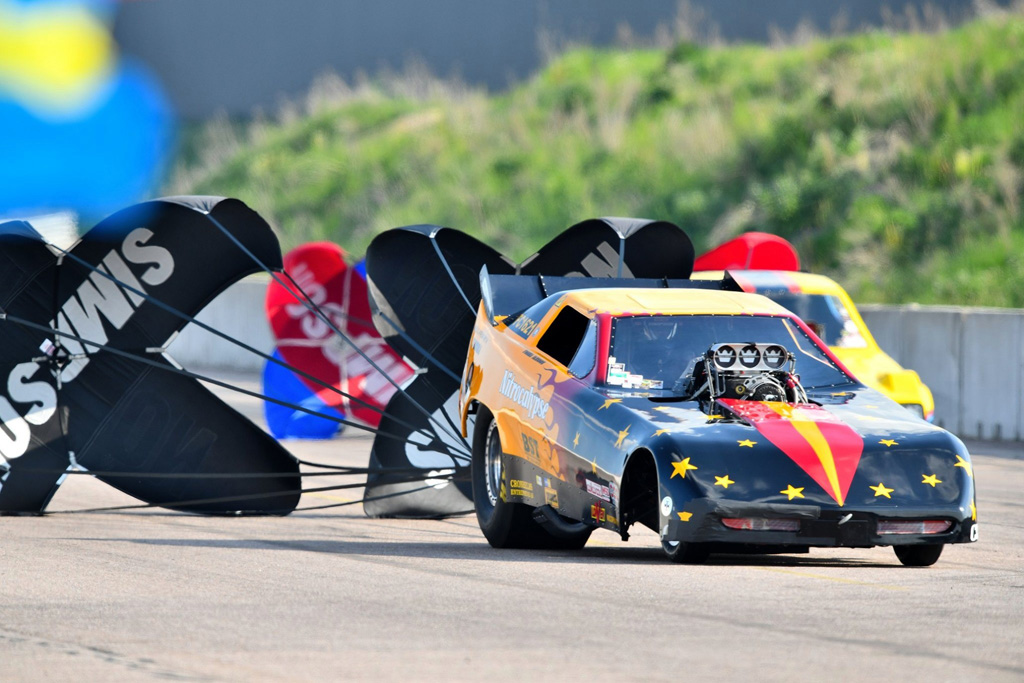 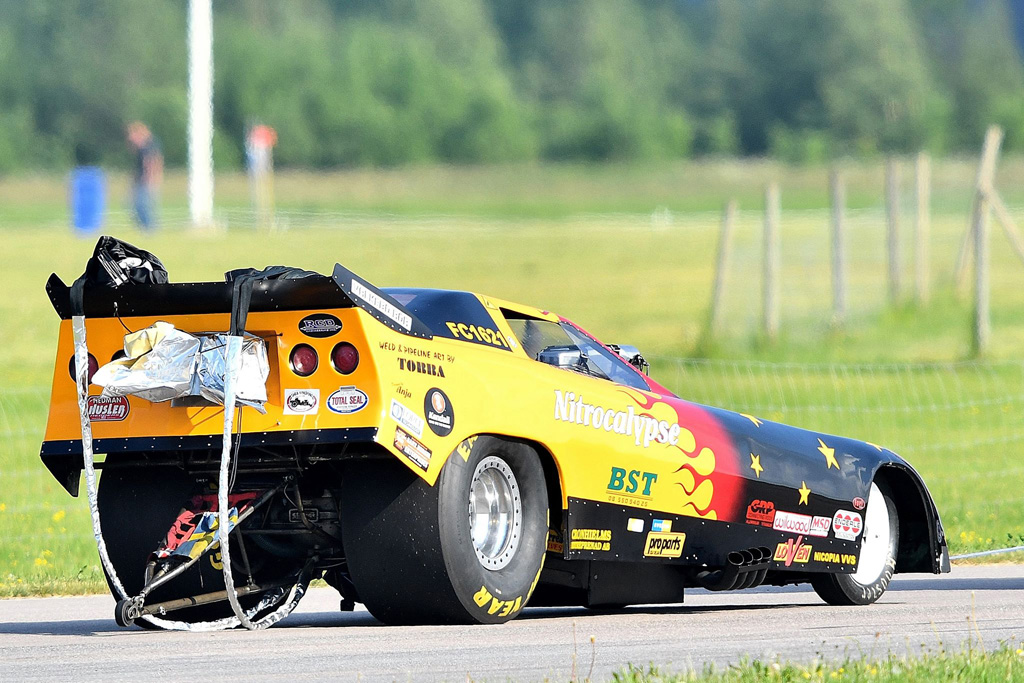 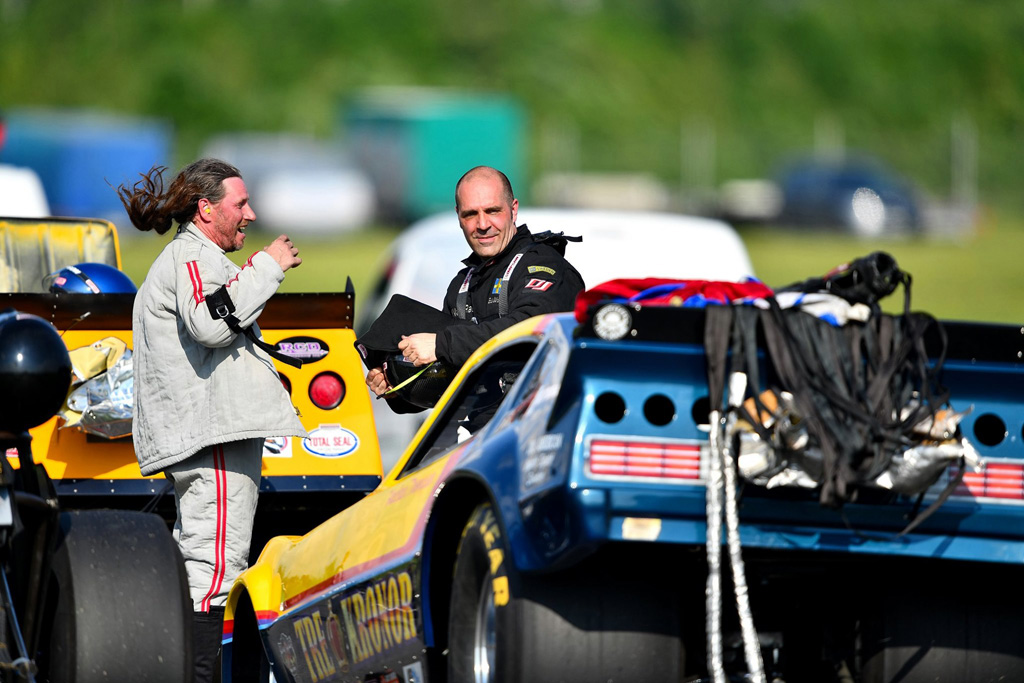 The two Cannonball entries however, are not the only vehicles to be making the trip from Sweden for this years event. We are very pleased to report that Janne Johansson will be bringing his incredible display along to the event once again, this time with a different car in the line-up. As well as the stunning Pisano & Matsubara Monza and the 240 Gordie Bubble Up Trans Am, amongst others, Janne will be bringing Jungle Jim Liberman’s restored Vega Funny Car. A chance to view such a car up close and personal, for many, will be worth the cost of admission alone. We’ve seen the car in Janne’s workshop in Sweden and we can tell you, it really is the real deal. 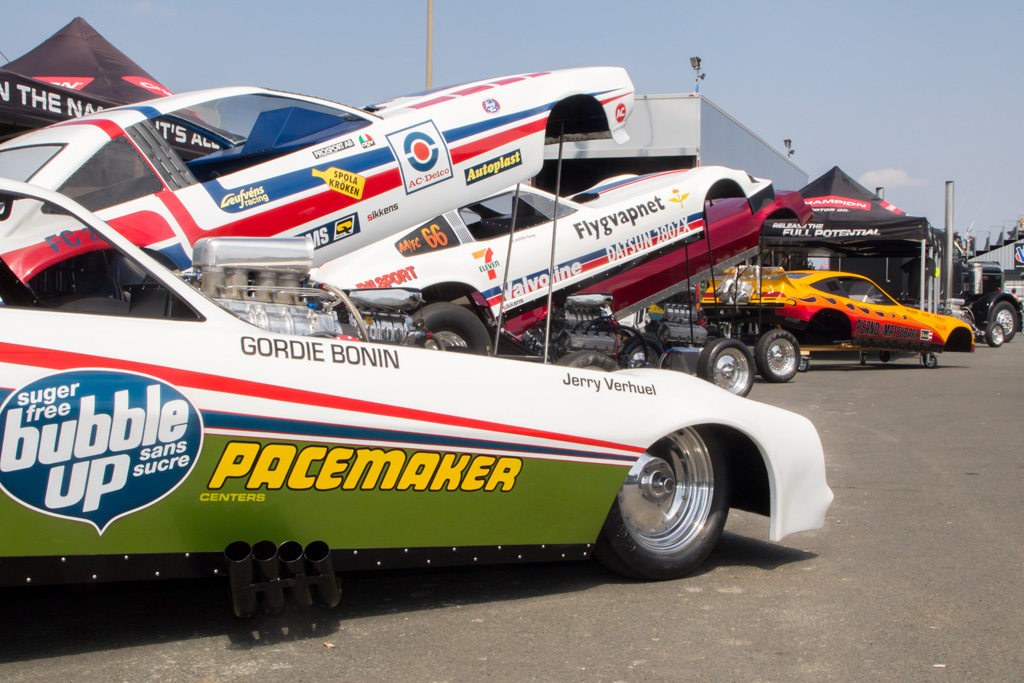 All of this is without even mentioning the host of race classes with entries from across Europe that are preparing for one of the highlights on the calendar. To anyone that’s planning on racing please be aware that entries close on Friday 5th July but please don’t leave it until the last minute, get your entries in now!

NEW for 2019 is the expansion of the “Vintage Hub” area located on the bankside of site which features a proper home for the popular beer festival (Hurrah!), an expanded Vintage Fair and a NEW stage with Live music throughout the day and into the evenings. Whilst Dragstalgia will always be about the cars, who doesn’t like to have a good boogie when they’re letting their hair down for the weekend?

View the full line-up, entry list and get your tickets at: www.dragstalgia.co.uk

We’ll see you there. 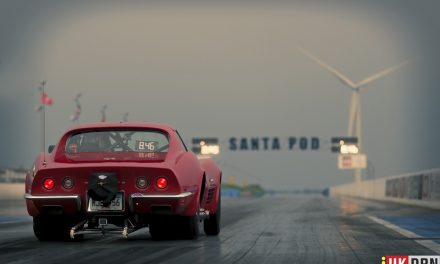 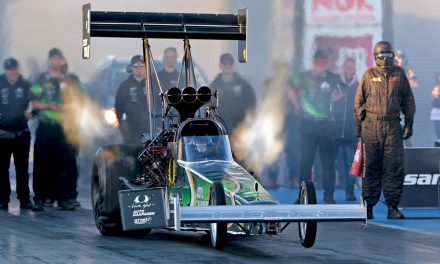 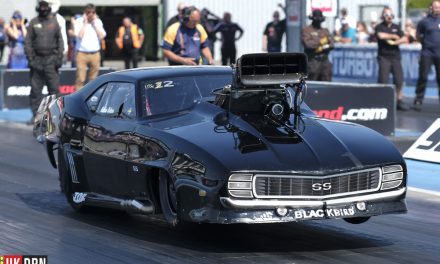 UKDRN was created in 1996 to build and document some UK drag racing history which was completely non-existent at that time.

Its other aim was to encourage the development of a modern-day nostalgia drag racing scene in the UK, which thanks to different organisations, individuals and race tracks it has now achieved.
Today it features modern day drag racing, as well as the good old stuff and is also the home of my current day drag racing photography.