Stormin Norm wrote:Merryknees- I dont know what you're drinking on the I. o m. but that must be the funniest thing i've ever read on here. Roy Wilding(he of the twin-engined dragster)

sorry Norm. Getting mixed up with whats his name Roy whoshecalled

Eastern raider wrote:On the basis of "He with the most toys" You guys win! Wozat rail?

Eastern raider wrote:On the basis of "He with the most toys" You guys win! Wozat rail?

#38838  by Merrykneessnr
Sat Aug 27, 2016 9:37 am
Well we are now into late 2016 and Helzapoppin is till collecting dust!
Or so it appears for those who are not in the no.
Actually it is slowing being fettled. EDA have the engine 80% completed and most of the parts needed for the restoration are on the Isle of Man. Peter Astell-Burt the owner of the car has given the go ahead so the plan IS to debut the car at Dragstalgia 2017 that is official!
So here's to finally bringing back one of British Dragracing's iconic cars and driver Sue & Dave Coles + Helzapoppin 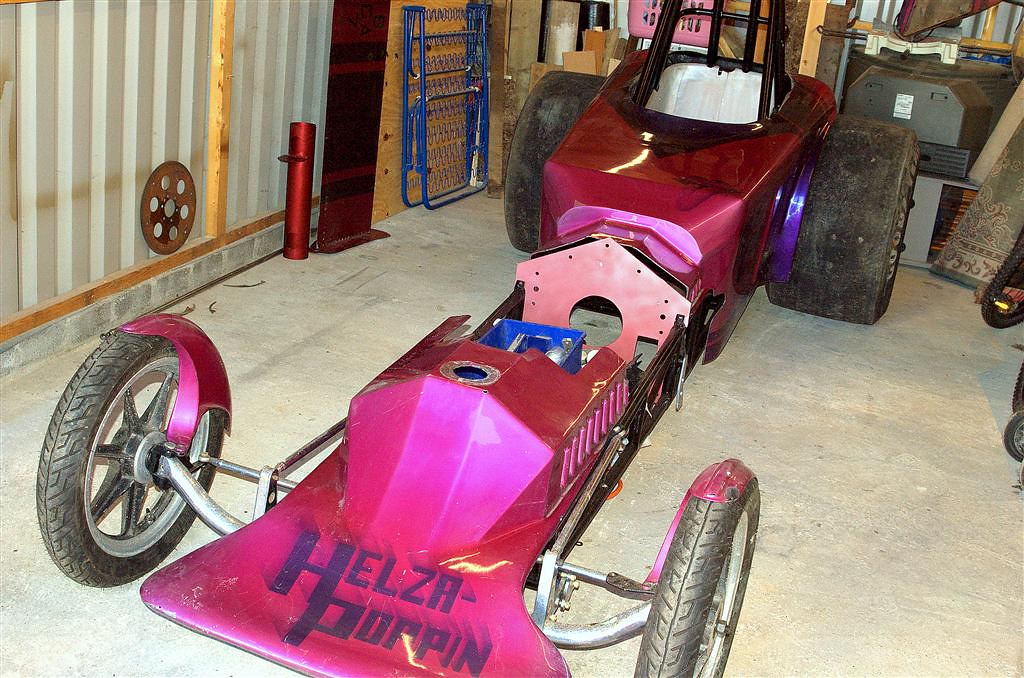 #39812  by Merrykneessnr
Sun Sep 30, 2018 10:44 am
Well it's been longtime coming but HELZAPOPPIN is to be deuted soon, although not on the UK shores but in Malta.
I can announce that after a 7 month build by Steven Russell and myself the car owned and financed by Peter Astel-Burt is virtually complete and will be test run in the next 14 days followed by the application of the paint which will be as original as possible.
Helzapoppin along with Banzai will then be ferried over to Heysham where a container awaits on route to Malta for their finals event late November.
Roy Wilding will be driving the car for the test and the Malta trip.
The car has a new up to date spec Roy Wilding Chassis, EDA built Donovan small block and Andy Frost Glide. The body is original along with 'Platypus' front end, front axle, mud guards and Triumph front wheels. Rear axle is an all new Strange 9" affair with period British Compomotive slot mag split rims.
We all hope the car goes down a storm in the Supercharged Outlaw ranks next year.
Next season plans are being made by owner Peter Astel-Burt for the first UK event debut which will include Dave & Sue Coles.